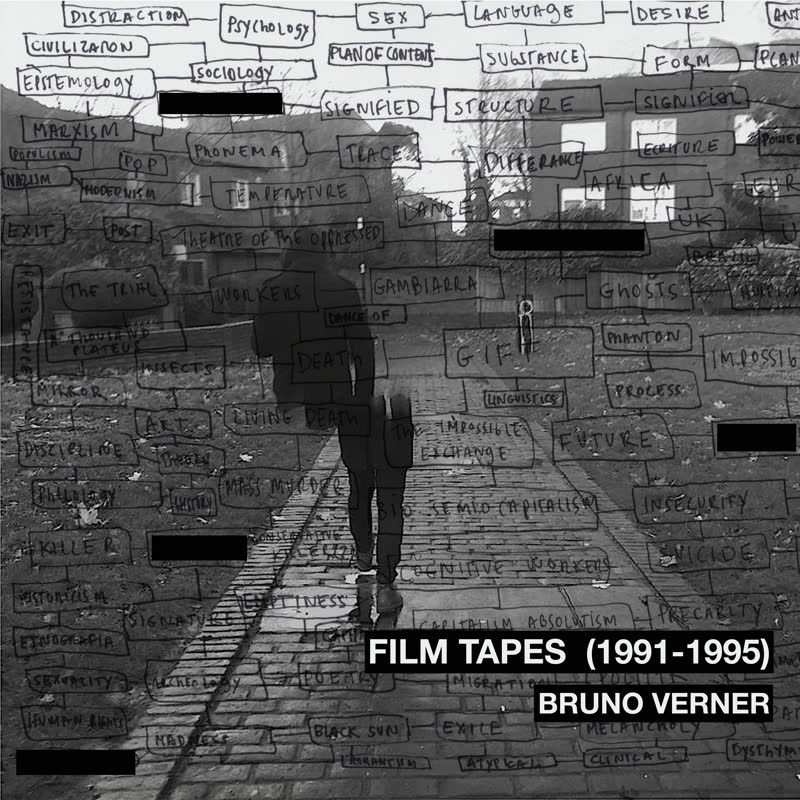 Film Tapes [1991-1995] is a collection of eight experimental pieces composed for film and video works. Written by Bruno Verner of Brazilian duo Tetine as he lived in São Paulo in the early 1990, these pieces were produced in an old four-channel Tascan tape-recorder in an improvised home studio, set in the living room of a flat-share in downtown São Paulo.

Extracted from cassete tapes, these tracks were inspired by the humid climate and the concrete dystopian architecture of São Paulo's city centre. They are mostly tense, discordant and melodic (ambient) soundscapes, developed around rhythm & repetition structures and building orchestral and epic sonorities in conjunction with impressionistic, chromatic and atonal motives.

The pieces on 'Film Tapes' are autobiographical impressions of the city's social architecture and its space (and time). In other words, an attempt to sonically 'translate' its viaducts and overpasses, street vendors, register offices, sex saunas, bars and clubs, bus terminals, modernist buildings, parks and old departments stores. This is made by a combination of electronics, cello, trumpets, saxophones, piano, flute and organ.

The Opening Night is a minimalistic/epic journey on the need to transcend the constraints of the body conducted by a ponctuaded bass and an orchestral brass ensemble. It was written for bodies without logic. For the lost caboclos, latino and black body (in hell or heaven). The piece features an orchestra of synthetic brass instruments, a cello, electronics and assorted percussion. It was inspired by Artaud's understanding/feeling of the "body without organs from his radio play "To Have Done With God's Judgement".

The track was also composed for a video piece by artist Luis Duva entitled "The Body Man Lost in Heaven", that was later exhibited at the festival Videobrasil in São Paulo.

Chronically Unfeasible – is a piece on youth abandonment, drugs and crime in the streets of São Paulo's, written for a chorused piano, discordant saxophones, electronics and fx & portamentos. This piece has also a relation with the cinema of filmmaker Sergio Bianchi, who approached me in the mid 90's to contribute with a sound piece for a film he was beginning to make entitled "Cronicamente Inviavel".

Composed for the new music festival "VIII Ciclo de Music Contemporanea of Belo Horizonte". The piece was selected to integrate the programme dedicated to young composers of Belo Horizonte and performed live at the School of Music from UFMG in 1991.

Ferro's Bar – Ferro's bar is a melancholic piano piece in the vein of Erik Satie, recorded in a DX 100 synth. It is also a warm homage I've written to the homonymous downtown bar Ferro's - a classic place in the geography of marginality of São Paulo. Tucked in a region of Italian canteens and known as a traditional meeting point for lesbians, artists and bohemians. The beginnings of new wave and post punk groups such as Um Ou Não and Tetine were conceived through hours of conversations and 'fugitive planning' around Ferro's tables over cheap beers and their traditional dishes.

Istambul Luz (interlude) - from station to station. Composed for the play "Roberto Zucco" presented at the theatre of Sesc Pompéia in 1995.

Tupi Machined (for flute). A piece dedicated to the 'spirits' of the Anhangabaú Valley. At the very beginning of its history, São Paulo was comprised of only the triangle formed by the Monastery of São Bento, the Monastery of São Francisco, and the Pátio do Colégio. Within this minute hub was the River Anhangabaú, which meant "bad spirits" in the native Tupi-Guarani language. In the 18th century, the river was made into canals and buried into the ground, but the Anhangabaú valley remained in its place. Revitalization works in the 1980s shaped the beautifully arranged square, where one can find skateboarders, bars, street vendors, office workers all hanging about.

Saint Patrick Song – a piece in homage to Edificio St Patrick, a São Paulo downtown building located between Rua Santo Antonio and Praça da Bandeira (the flag square) neighbour to the legendary Joelma building - the 25-storey edifice that caught fire in in 1974 after a short circuit in a faulty air-conditioner ignited the fire, resulting in one of the most famous tragedies to have occurred in Brazil.

Saint Patrick Song is an atonal eulogy to these two buildings and the overpasses, street vendors, bakeries, bars, saunas and boites of the region of Bexiga. The title is a reference to the building of the same name I used to live between 1991 to 1995.

Bruno Verner is a composer, performer and poet best known for his work with Brazilian tropical punk funk music duo Tetine which he formed with Eliete Mejorado in São Paulo in 1995.

With Tetine, Bruno Verner has created a multitude of music and performance works from the spoken word to electronica, including ritualistic performances, sound installations, film & video & curatorial projects. Projects include the albums The Sexual Life Of The Savages - São Paulo's underground post punk of the 80's, 'FUNK CARIOCA' on the favela's baile funk scene from Rio De Janeiro, the exhibitions 'Tropical Punk'(Whitechapel Gallery), COMA – Conexões Exploratórias em Música & Performance Híbrida, The Politics of Self Indulgence co-organized with late artist/curator Ian White, as well as experimental tropical actions such as They Want To Get Rid of The Street Vendors' – an exhibit at the White Cubicle toilette gallery in London & a number of experimental radio shows under the name Slum Dunk or UNHEARD & SPOKEN for London' radio art station Resonance Fm.

Bruno Verner has also been instrumental in bringing the Brazilian underground music/art scene to the attention of the UK for a number of years. He compiled, presented and mixed the first ever Baile Funk album produced outside Brazil (Slum Dunk Presents Funk Carioca, released on Mr Bongo Records, 2004) as well as an essential primer to early-80s Post-Punk from São Paulo (The Sexual Life of The Savages, released on Soul Jazz Records in 2005). Both these albums have influenced a new generation of DJs and beat-makers around the world. Other projects include the chapter "40 Degrees in Black" for the book "Post Punk Then and Now" edited by late British influential music writer and theorist Mark Fisher with Gavin Butt and Kodwo Eshun released by Repeater Books in 2016 and Tetine's recent compilation COLT 45 - Underground Post Punk, Tropical Tapes, Lo-Fi Electronics and Other Sounds from Brazil (1983-1993).

While Tetine didn’t quite get the credit that they deserved once the media dust settled around the global baile funk craze, they’ve hardly been idle in the intervening years, continuing to release music, exhibit art films and create performance pieces. Indeed, since Bruno Verner and Eliete Mejorado first founded Tetine in 1995 in Sao Paulo, they’ve explored a breadth of sound ranging from atonal orchestral pieces, through to punk and baile funk / miami bass driven electro, the latter genres likely to be the ones most readers would associate them with. - Chris Downton Cyclic Defrost

Tetine are Feminists, un-followers and inventors of their own scene; an uncut diamond. If Art is really dead, then Tetine belong to a nameless genre. - Chicks on Speed

Ingested with their history in mind, Tetine feels as playful as it is relaxed - soundtracking an artistic project that wears its authenticity, confidence and continuing need for experimentation proudly on its sleeve. Less ‘we do not give a fuck’, more ‘we do not need to give a fuck’ - a crucial difference in a music market riddled with attitude, desperately seeking substance. - Stuart Buchannan Fat Planet

What makes Tetine so good is that their off-beat, messy quality makes them natural, seemingly effortless, and therefore beautiful”. - Vanessa Labi Urb Magazine 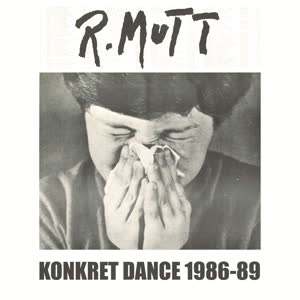 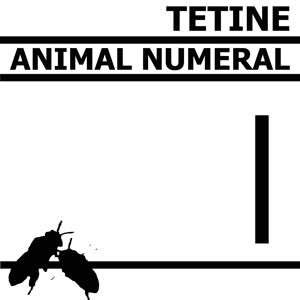 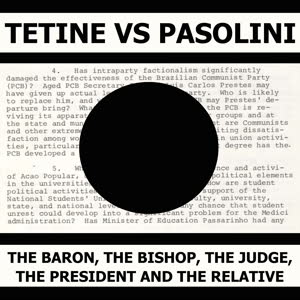 Tetine vs. Pasolini: The Baron, the Bishop, the Judge, the President and the Relative 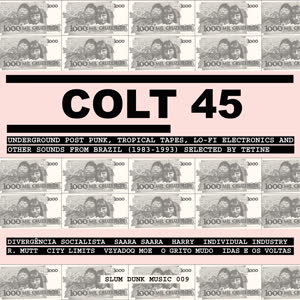 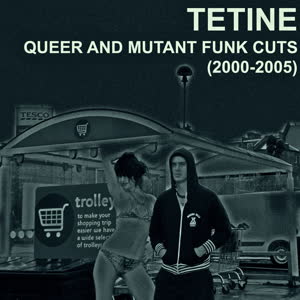 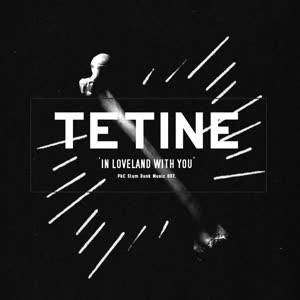 In Loveland With You 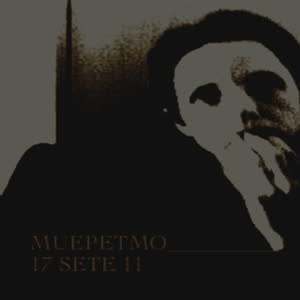 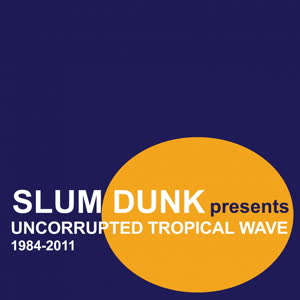 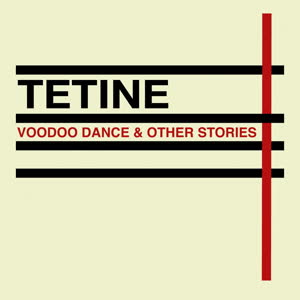 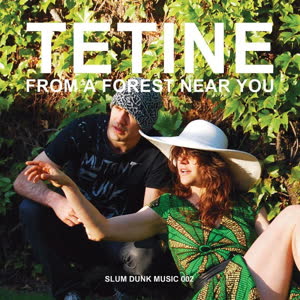 From A Forest Near You